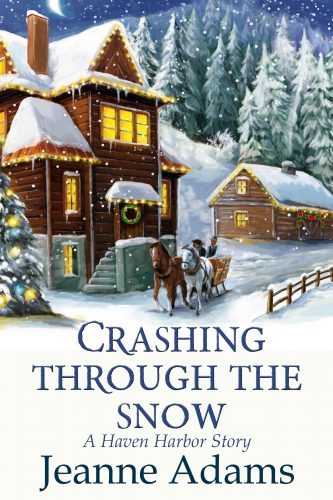 Welcome to the witchiest town in the world––Haven Harbor, Massachusetts!

Dr. Garnet Simpson loves the epic holiday snowstorm until an accident at the foot of her driveway sends her headlong into the gale. To Garnet’s surprise, she finds her one-time flame Guy Kalama, along with his pregnant sister and their horses in a crashed truck and trailer. As the storm worsens, Garnet shelters the duo, but Guy is Garnet’s worst nightmare. While their powerful attraction hasn’t faded, grief still haunts his life, so she’s wary where he’s concerned. Will Guy’s dark past push Garnet away forever, or will a snowy Haven Harbor New Year heal his heart?

You have Successfully Subscribed!

I will never spam you & you may unsubscribe any time.

You have successfully subscribed!

I will never spam you and you may unsubscribe at any time.